Every student at Nazareth College is a member of a specific House. Many of our activities and competitions are based on these Houses. Click each House name to see a brief background.
McAuley House 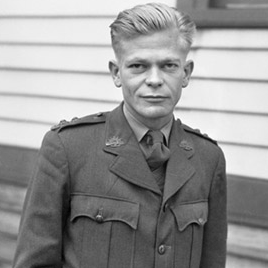 Patron: James McAuley was born at Lakemba, NSW, in 1917. He had a distinguished academic career which culminated in his appointment as Professor of English at the University of Tasmania. He was a convert to Catholicism and is best known for his poetry which was rich in religious imagery. In particular McAuley is significant for the way in which he related religious themes to the Australian context. 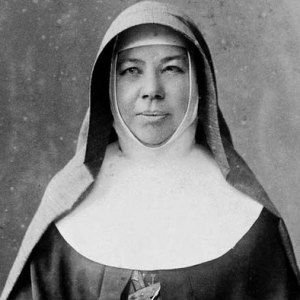 Patron: Blessed Mary MacKillop was beatified in January 1995, and was an outstanding religious woman of the 19th Century. In 1866 she founded the teaching order of St Joseph. Throughout her life she struggled with both Church and State authorities to build up her order and its schools. A measure of her success can be seen in the fact that when she died in 1909 her order had nearly one thousand members having started its teaching mission in a disused stable forty three years earlier.

Patron: No person did more to assist and protect migrants in 19th Century Australia than Caroline Chisholm. In 1848 in England she founded the Family Colonisation Loan Society to assist the poor to emigrate as families. In Australia she travelled widely in the bush and personally settled 11,000 people in towns and farms. Her portrait on the original $5.00 note commemorates her outstanding life of service to others. 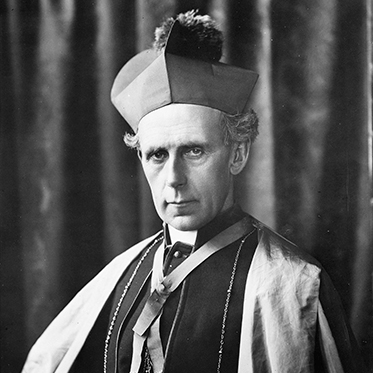 Patron: Daniel Mannix was Archbishop of Melbourne for half a century from 1912-1962. This outstanding churchman had been president of Ireland’s National Seminary before his arrival in Australia and he became a popular and dynamic leader of Australian Catholics who, until World War II, were mainly Irish in origin. Mannix was a tireless fighter for the rights and for the funding of Catholic schools. When Mannix added the spires of St Patrick’s Cathedral the Irish Government presented him with a Celtic cross which can be seen at the top of the central spire. 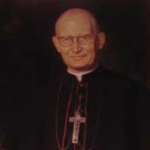 Patron: James Knox was born in Perth, Western Australia, in 1914 and was ordained a priest in 1941. He placed a very strong emphasis on study and was awarded Doctorates in Theology and Canon Law. He travelled extensively to assist communities in need and at all times worked in accordance with the teachings of Mother Teresa. In 1967 he was appointed Archbishop of Melbourne and again placed his focus on education. He established the Institute of Catholic Education, which grew into the Australian Catholic University, that now has campuses across Australia. He identified people with gifts and talents with whom to work, giving them responsibility, trust and support. James Robert Knox was appointed Cardinal in 1973 and died in 1983. 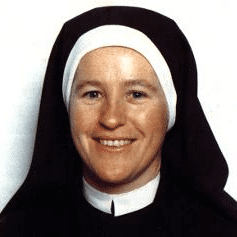 Patron: Irene McCormack was born in Western Australia in 1938. She believed in the power of education and in 1956 joined the teaching order of the Sisters of St Joseph, spending the next 30 years teaching in rural and poor areas. In 1987 she moved to Peru to carry out the work of service to the poor. She strengthened communities by identifying leaders from within those communities who could encourage others. In 1991 Irene McCormack was shot dead by terrorists who did not want her work of strengthening communities to continue. Irene McCormack is predicted to be Australia’s second saint, in recognition of her wonderful work in education and in supporting the poor and needy.

The Nazareth College crest was developed following extensive consultation and was commissioned by Mr Paul D’Astoli, the inaugural Principal of Nazareth College, and designed, as we know it today, by Mr Don LaFontaine in 1989.

The crest symbolizes our unity as a pioneering group. It consists of three interrelated motifs.

The College colours of red, blue, white and gold are significant in that they represent values and teachings it is hoped students from Nazareth College will attain in their years with us.

Holy Family of Nazareth, be our inspiration and our guide..

Jesus of Nazareth, help us to grow in faith, wisdom and knowledge.

Based on our motto of Faith, Wisdom, Knowledge.

The College first opened its doors with only 6 portables, 11 staff members and 140 Year 7 students and our numbers have grown from there. Over the years the College has built many new facilities which aide in the innovative learning experience students have during their time at Nazareth College. By 1991, Nazareth College welcomed a full school cohort ranging from Years 7 to 12.

The focus of the Cluster is to implement programs which enhance the learning of students in the Middle Years (Year 5-9) and cater for their specific needs. This group has focused on Student Welfare, Literacy and Numeracy, and currently Social Justice, through the formation of the Nazareth Cluster Mini Vinnies. 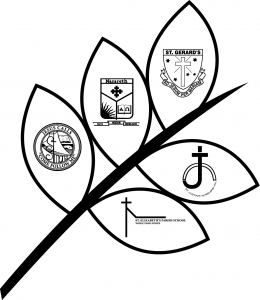 The Foundation members of The Nazareth Cluster

Nazareth College has strong relationships with its parish schools and students from our primary feeder parishes, who together with students from over forty differing local primary schools, have many opportunities to engage in musical, social, academic and sporting events at Nazareth.