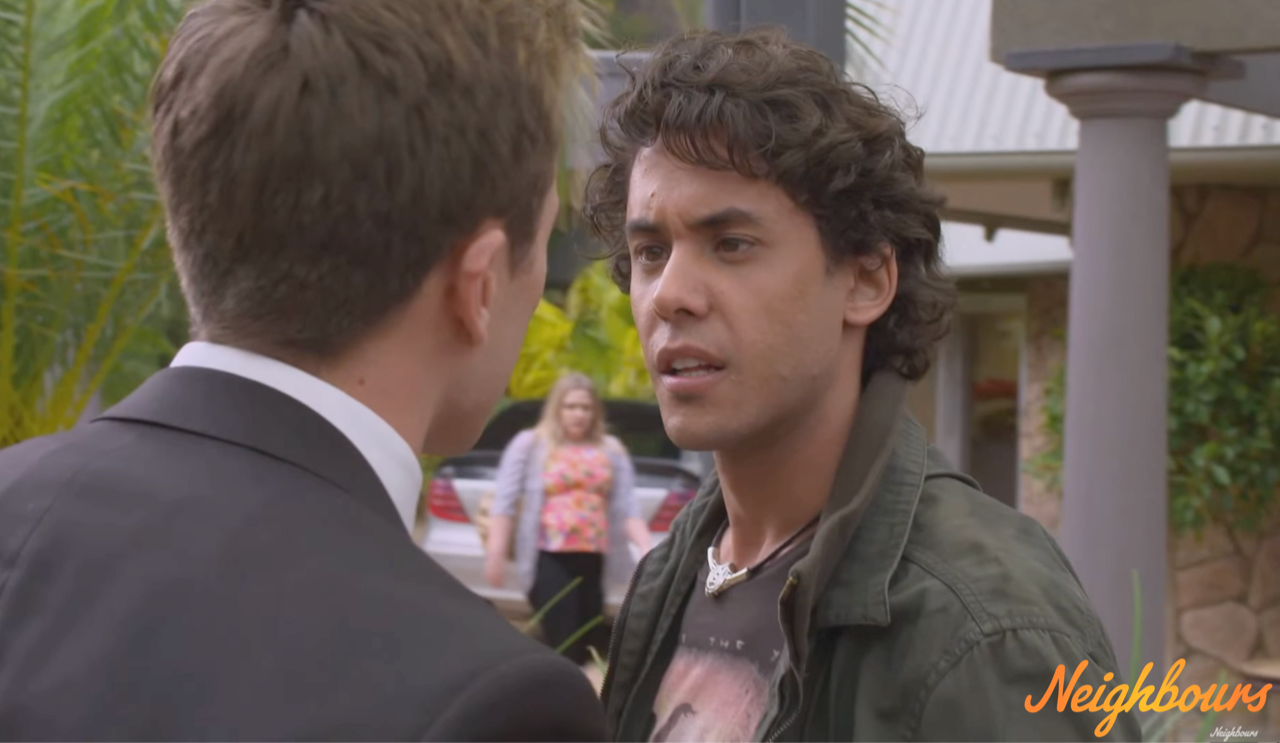 Tell us about your journey so far

After I left Nazareth as a student, I decided to stay with the College as a staff member, taking on the role of the technical assistant to the music department, part-time. As I didn’t get the results I had hoped for, coupled with the terrible anxiety of leaving the only thing that I knew for the past 13 years (that being school), remaining in a familiar place seemed to be my best bet at the time, as I also wasn’t sure which path I wanted to take. A year later, I left Nazareth but continued casually when needed for shows and events and picked up some work as a sound technician elsewhere, operating Front of House audio for musical theatre productions. All the while attempting to develop my own musical path as a singer/songwriter. The following years saw me travel to New Zealand with a great friend, forge creative ties and friendships with people both nationally and internationally, develop my musical craft, find love, lose love, find love again, ebb and flow between the constant struggle of sustaining work and creating sustainable work. In 2015, I decided to undertake studies in sound production through RMIT which led to gaining work at the Melbourne Convention and Exhibition Centre, again as an AV technician. One major discovery that I learnt from working there was that culture in a workplace, is everything. If the people aren’t enjoyable to work with, then it will prove to be a trying time (keep that in mind!). Finally, we arrive today where I work as a full-time technician at Bunjil Place, Narre Warren. Bunjil Place serves as the City of Casey civic centre, but it is also the hub for Arts in the Southeast. Housing a magnificent 800 seat theatre beneath its wings, a 200-seat black box studio, art gallery, library, and function centre. I truly am grateful to have finally arrived at a place that I can call a second home.

Currently, I work in Arts and Events as a full-time theatre technician at Bunjil Place. Working in theatre was always a dream that I had, whether it be as a performer or technician. I’m very grateful and happy to say that I’ve had the opportunity to do both professionally. Being around the arts environment has helped to stay true to my passion. Though it’s for the most part been as a technician, it has served as a gentle reminder that being on stage as a performer is something that I still want to achieve. You can start something and fail at something at any point in your life. So, no matter what your age, background, or upbringing, if it’s something you want, do whatever you need to do to achieve it. Learn to become resourceful and driven. But remember that patience is most definitely a virtue. We esteem too lightly what we gain too easily.

What are some of your career achievements?

What an adventure I’ve had! After high school, I was invited back to the studio that ran the Kool Skools Recording Project to re-record my original song for professional broadcast release. Suffice to say this launched an exciting musical journey, having made many friends and industry connections along the way. So much so, that in the beginning it brought me into meetings with the head of Island Music Records in Sydney, to more recently the famed halls with representatives from Capitol Records in Los Angeles. I’ve been able to embed myself within different aspects of the music, film, and TV industry, having worked for a few years as an extra on television and major motion pictures, to gaining roles in commercials and, an acting career highlight, the Australian beloved “Neighbours”.
You win a few, but you lose out on so many more. But the perseverance is what matters most, no matter how times the opportunity just slips through your fingers.

How have you developed as an individual?

Post high school, I ironically became obsessed with learning. All I wanted to do was read and get my brain hooked on anything and everything that would allow me to better serve myself and community. This love of learning has infected every part of my life in the best way. From learning how to learn, to understanding the need to nurture my own creativity, and play. Far too often those categories slip into the background, and we forget the importance of incorporating them into our lives. When creativity is nurtured, the work becomes play, the play becomes resourcefulness, and resourcefulness becomes wisdom. I was always a very sensitive kid; someone that would honestly cry at the drop of a hat. I wore my heart on my sleeve and forgot the filter on my words. …I suppose none of that has really changed, except for the wisdom on how to express it.
Emotionally, in some way I still feel like a kite caught in a storm, like I did as a teenager. But it’s the wisdom that developed over time that helps to best direct where the flow of that emotional energy can go. Let emotions guide you, not hinder you. Let them be your heart of hearts and compass in any situation. Let the wisdom learnt help best direct the choices you make from there.

What are your fondest memories from your time at Nazareth College?

Some of my best times at Nazareth came from being on the stage that was generously offered. I embedded myself within the Performing Arts life at the school in projects such as the school musical productions from the get-go to the Kool Skools Recording Project where our original songs could be recorded in a professional studio. However, I would have to say that probably my fondest moment at school was when a teacher (who shall not be named) gave the whole class the most animated and charismatic sermon atop a classroom desk. His voice soared as he began to literally perform theatre standing on that table. In my opinion, more teachers should do this. You never know just how memorable and impactful a moment like that would be. Also, it would be remiss of me not to mention the high school loves!

Can you recall your most significant achievement/highlight at Nazareth?

Winning the Best Modern Country Music Track at the Kool Skools Awards Night. THAT was epic. SIS Swimming was always a fun and competitive time for me. Even though I gave up competitive swimming quite a while ago, every time I think about standing on that diving platform, my hands start to sweat! Finally, being chosen as the School Captain. I’ve been natural leader my life and have only in the last 5 years discovered this as a quality to nurture and grow more intimately and intently.

What would you say to current Nazareth students looking to pursue a career in your field?

Overall, there are a few guiding pieces of advice that I will say, no matter what direction you take:

HONE YOUR CRAFT – If there’s something that you feel passionate about, go for it. No matter WHAT it is. I really need to stress that. Whether it be a performer, a tech in theatre, a tradesperson, a businessperson, a sustainability expert, an artist, a musician, whatever it is. Hone it. Find how to make it work for you instead of it being an obstacle or a hinderance. There’s always a path and there’s always a way. Figure out what makes you tick, and if that means paying a visit to a life coach, or a psychologist to help you work out where your values are to help you decide on a career path, do it. Opportunity will always await those who seek it. And as someone very wise once said to me, “The harder you work, the luckier you’ll be.” But work hard in the right places! Once you figure out the values that make you ‘you’, find a ‘field’ that supports that. There will most likely be multiple different areas that appeal to those values. And if that means you’re going to change careers/jobs a couple of times throughout your life, do that. Find people that are successful in the area that you want to move into and learn from them.
Above all, ‘forget the money’. Well, not literally because you got to eat and have a roof over your head. But forget it as far as to say don’t live your life letting it define what you do. If you’re not careful and lack the wisdom and foresight, the money will drive you to places that may not align with who you are. In which case, you may find yourself utterly depressed and unmotivated. The purpose of forgoing the idea of the money is to help reveal to you were a passion truly lays. As the famous philosopher Alan Watts asks,

“What would you like to do if money were no object? How would you REALLY enjoy spending your life? …Because if you say that getting the money is the most important thing, you will spend your life completely wasting your time. You will be doing things you don’t like doing to go on living, that is to go on doing things you don’t like doing. Which is STUPID! Better to have a short life that is full of what you like doing, than a long life spent in a miserable way. …See, what we’re doing is we’re bringing up children, and educating them to live the same sort of lives we’re living, in order that they may justify themselves and find satisfaction in life by bringing up their children to bring up their children to do the same thing. It’s all wretch and no vomit. It never gets there!

And so therefore it’s so important to consider this question. “What do I desire?”

Forge a life that requires no motivation from an external force. YOU excite yourself; YOU motivate yourself. Because at the end of the day, you’re the one that must make your bed and sleep in it.

And if you’re still not making your bed, start. 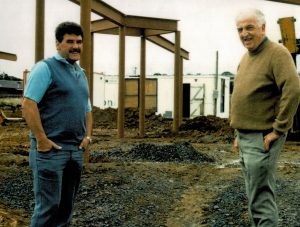 Paul D’Astoli Previous Next From the desk of founding Principal – Paul D’Astoli It nearly didn’t happen It was September 1985. I was appointed Principal